A four-star book can be just the same as a five-star book in certain aspects, but more of a sporadic read, with less of the emotional wringer and more a huh ok. I wouldn’t necessarily want to read a four-star book again. If I had purchased the book it might be put on the pile heading to the charity shop at some stage. (Not really. I’m a book hoarder)

A three-star book would be one that I found palatable and passable and potentially brilliant but stumbled on a few aspects. I also find three-star books are ones that had a muddled synopsis, totally confused me, and when I read the book it turned out to be the opposite of what the blurb set me up to expect. Also love triangle troupes usually find themselves with three stars. I cannot with love triangles.

Four amazing writers published in this edition of The Castle.

Elfie is a talented writer. Their chap Will You Still Love Me if I Love Her? is a must read.
Kristin Garth writes The Best sonnets. 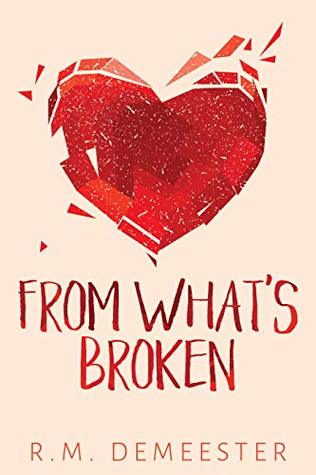 Amanda and Matthew are on the cusp of their happily ever after. They have a stable marriage and a lovely daughter, and they are eagerly awaiting the birth of their second. Suddenly tragedy strikes and the couple’s picture-perfect life crumbles. Ivory, their firstborn child, dies in an accident. Not knowing how to deal with their pain, Amanda and Matthew blame each other for their loss and drift apart. They soon realize their relationship might not bear the burden, leaving their surviving daughter to cope with the aftermath of two grief-stricken parents.

“I want a divorce.” The words slipped out in a stream of gloom and ambiguity.

My husband, Matthew, glanced away, his mouth tight and his eyes constricted. He had no words, but I wasn’t surprised. We stared at each other like two strangers, two entirely different people—cold, distant, and doing what we needed to do in order to survive.

The decision hadn’t come easy for me. For weeks, the idea of putting this limbo to rest had been on my mind. I couldn’t live like this. Neither of us was happy.

“Did you hear me?” I whispered. I knew he had, but I needed confirmation. I needed some kind of response. Sad, happy, or mad, I didn’t really care, but he owed it to me. He owed me a response.

“Yeah.” He hugged his legs and glared past my gaze to the wall behind me. His eyes looked dead, calculating, and cold. Much of how they had been for most of the past year. 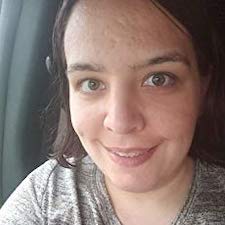 R.M. Demeester lives in Saskatchewan, Canada. She is the mother of three young children, and owner of a rescue dog, a chocolate lab, Gainer. R.M. Demeester has been writing for as long as she could hold a pencil. She writes women’s fiction, new adult, and sweet romance primarily. She has two women’s fiction novels set to be released in 2019, along with several short stories.

A few of the things that fuck up my anxiety.

First of all, ill fitting clothes. Anxiety makes me feel like everyone is watching me. If I’m panicky and panting like a thirsty pony then I feel everyone is avoiding coming anywhere near me. Like crossing the street level avoidance. Anxiety also messes with my body temperature, so I could go out in a t-shirt in November and I would feel warm. Comfort is key. I personally would go out in my slobbing around the flat clothes if I didn’t want to, you know, keep up appearances.
Roads. Traffic lights. Buses. I live in a town that is dominated by roads, unfortunately. The traffic lights make me nervous. So nervous. Cars make me equally as nervous. Especially as drivers don’t seem to have any consideration for the people crossing the road and pay no attention to the stop signal. It would make anybody nervous! Funnily enough I love trains, and airports. Probably because there is a bit more pause time.
Noise. I’m an extremely sensitive person. Noise unnerves me to the point where I want to melt away and disappear. Why is the world so noisy!? Shut up, people. Civil tongues, stop yelling. Honestly, I avoid going out at three when the kids come out of school because there’s nothing worse than a bunch of kids mucking around on their bicycles and screaming at each other.
People. Oh, people. I love people. Certain people. The world is made up of billions of people. But people on paths, having to get past them, passing them, small talk with the ones that have adorable children that have run into me, or cute dogs that sniff my shoes, leaping out of the way of people on skateboards, people with their shopping. People. I cannot control people. The unknown of what these people might do scares me. Like, the possibilities are unknown. And … also outlandish and unlikely to happen.

Basically then, if there were no roads, traffic lights, buses, noise, or people I would be living in paradise. Do you know of such a place?
As you can imagine the very thought of leaving the flat can make me have second thoughts. So I tend to go out before I start thinking. Shower, eat, bag packed the night before, outfit picked out the night before, get my shoes on and go. Acclimatise as I go. Mindfulness can help too. Think of something as it is and how good it would feel to get it over and done with. Nobody wants that Monday to do list to stretch to Friday because your TO DO LIST WILL BE LONG AND UNMANAGABLE.
Last year I spent an enormous amount of time indoors but have taken those experiences and developed an iron will. I am determined to spend more time out of the flat (not entirely convinced why. After all in here I have ice cream, books, and my sofa)

I have recently developed a habit of washing EVERY DAY. Some days I could barely get out of bed and if I did I would get back into it fairly quickly, let alone wash. But after many months I have a habit that makes it impossible for me to not wash. I have to wash. This blows my mind, but it’s true. I have observed the making of a positive habit. It’s very different to breaking a negative habit, but ho hey. If I can make a habit of going out every day I would say my quality of life would have improved.

Content warning: This article discusses sexual violence against women and girls and the ways they are blamed for being victims of male violence

Having spent 10 years working with women and girls subjected to sexual and domestic violence of all kinds, I have never had a case or a caseload in which the woman or girl was not being blamed for what someone else (usually a man) was doing to her. Sometimes she is blamed by her family, sometimes by her partner. Sometimes she is blamed by police or by social workers. Sometimes it’s the mental health team blaming her.

Victim blaming is the act of transferring the blame from the perpetrator (who is 100% to blame for sexual offences they commit) and moving that blame back to the victim of the sexual offences.

My interest in the psychology of victim blaming really started…